Enthusiastic and active collectors in the region have scoured the world for decades accumulating what is now believed to be the most extensive array of tropical and ultra-tropical food plants on the planet.

The lush coastal and island jungles of Mission Beach would have clearly indicated the areas’ horticultural potential to early seafaring pioneers. Some of Australia’s earliest plantations of tea, coffee and tropical fruits were established by the Cutten brothers in the late nineteenth century at Bingil Bay. 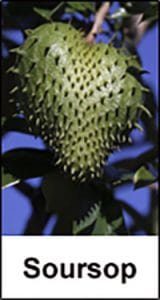 A severe cyclone in 1918 and transport difficulties finally overwhelmed the venture. As road access to the coast improved in the latter part of the twentieth century, banana plantations expanded and flourished on the rich red soils derived from ancient volcanic activity. Whilst the banana industry is still the local horticultural “king”, there is also an extensive range of tropical exotic tree fruits thriving in the districts’ varied microclimates and growing environments. Although Mission Beach and hinterland sports an exceptional wealth of natural biodiversity, tasty edible native fruits are very scarce.

Enthusiastic and active collectors in the region have scoured the world for decades accumulating what is now believed to be the most extensive array of tropical and ultra-tropical food plants on the planet. With the “temperate tucker” combo’s well catered on the “beaten track”, the Mission Beach regional bounty offers a vibrant food adventure where NO ONE has seen or tasted it ALL before. Innovative growers and chefs are now pioneering with fruits and flavours the Cutten brothers couldn’t even have imagined. The best part is it’s only “the tip of the (tropical) iceberg” of exciting, new and healthy colours, aromas and tastes. 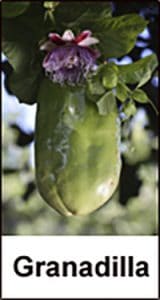 The Feast of the Senses originated to raise the profile of the rare and exotic tropical produce from around Far North Queensland. It has expanded to include all local produce, such as vegetables, meat, seafood, herbs, spices and wines. It has also grown now to incorporate cultural activities such as art exhibitions, photography competition, recipe competition, fishing competition, rowing regatta and introduced in 2010 for the first time a scarecrow competition amongst the schools in the region. Major events include a Wine Fruit and Cheese Showcase, a Gala Dinner and a Market Day Extravaganza

Find out about upcoming events in and around Mission Beach.
All Events